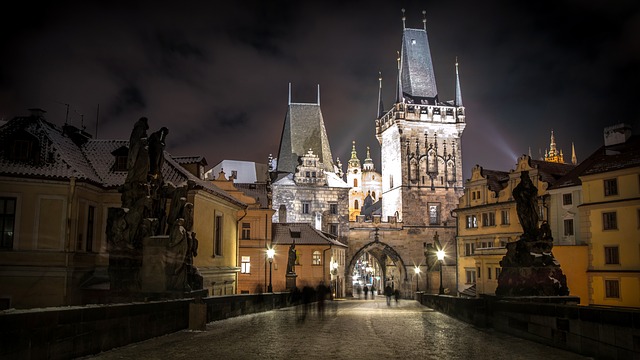 You can park your need to rent a car on your next trip to Europe: these city squares are pedestrian friendly and are truly breathtaking sites to behold. Use a hotel discount code to book a hotel in the city centre and you are ready to go.

Many European cities have a central square which often serves as the city’s hub, central market place and main tourist location. In many cities, the central square is one of the main tourist attractions in its own right. Here are some of the finest city squares throughout the continent.

The Plaza Mayor (Main Square) is a defining feature of most Spanish towns and cities and the main square of Madrid is certainly no exception. It is of a rectangular shape, covering over twelve-thousand square meters. It is surrounded by picturesque three-story buildings with hundreds of balconies offering stunning views of this fine architectural example. The façades of the square are elaborately painted and boast many attractive carvings and sculptures. Due to the size of Madrid’s main square, many events are held there on a regular basis. There are also many traditional cafes, restaurants and shops underneath the surrounding porticoes. The main building on the square is the Casa de la Panadería.

One of the most important public places and one of the main tourist attractions in London is the centrally-located Trafalgar Square. In the centre is the major landmark, Nelson’s Column, a war monument commemorating the British hero, Horatio Nelson, who died 1805 in the Battle of Trafalgar. The square is a major focal point for everything from community gatherings to demonstrations and celebrations. The square is home to various statues such that as the nineteenth century British general, Henry Havelock, the admirals Lord Beatty and Lord Jellicoe and various others. The square is also home to an elaborately lit fountain.

The main square of Brussels, known locally in Dutch as the “Grote Markt,” is the main landmark and tourist destination in the city. It is a UNESCO World Heritage site and the location of the Brussels Town Hall. The highly impressive and elaborate town hall is almost a hundred metres high boasting a statue of St. Michael slaying a demon at its peak. Other impressive buildings on the square include the ornate Grand Palace and the Guildhalls. The Grand Place looks particularly eye-catching when the flower carpet is laid out, every two years in August.

Few cities in the world come close to the regal magnificence of Prague. The centre of the fine city is dominated by the Old Town Square (Staroměstské Náměstí). The enormous square is located between two other major tourist sites in the city; Wenceslas Square and Charles’ Bridge. The square is home to the beautiful gothic Týn Cathedral and the St. Nicolas Church. Also a popular photo opportunity among the hordes of tourists which frequent the area is the astronomical clock in the bottom of the tower of the old town hall. In the centre of the square is a statue of Jan Hus, a religious reformer executed in 1415.

At the very heart of the Catholic World is the Vatican City, a microstate of barely half a square kilometre completely surrounded by Rome. The Vatican City is dominated by Saint Peter’s Square, a beautiful elliptical plaza. It is situated right in front of the St. Peter’s Basilica. It boasts some of the finest architecture in the city, all of elaborate and enormous colonnades. In the centre of the plaza is the obelisk of Circus of Nero. No visit to Rome would be complete without a visit to the Vatican City, home to some fine examples of art and architecture.